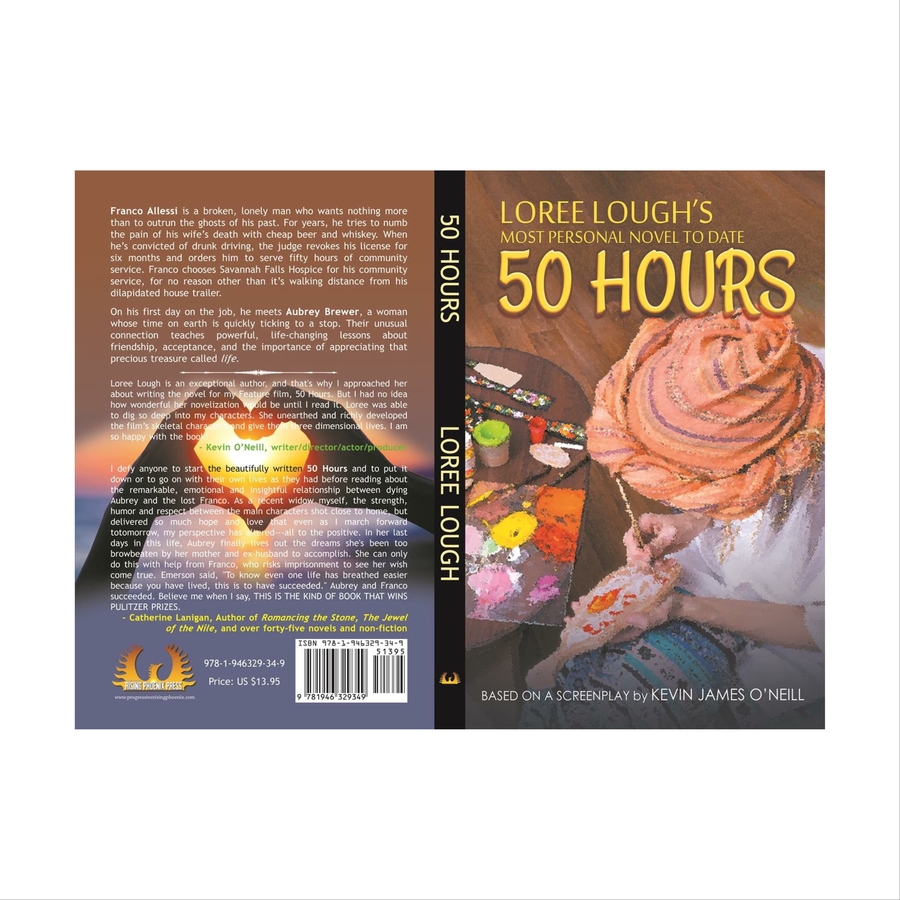 A story of redemption, peace, second chances, friendship, forgiveness and of course, LOVE!

ELLICOTT CITY, MD, May 09, 2018 /24-7PressRelease/ — If ever a book was predestined to be written by an individual, it was 50 HOURS by best-selling author Loree Lough. You will indeed find a piece of the author in between each page. Loree, healthy at the time she was commissioned to write the novel, was diagnosed with a similar terminal illness as her main character! The shocking diagnosis of Multiple Myeloma allowed her to write one of her most memorable novels to date. It is not by any means a depressing story that smacks of defeat or worse self-pity, but of all things is a story of redemption, peace, second chances, friendship, forgiveness and of course, LOVE!

The famous novelist Catherine Lanigan of Romancing the Stone, Jewel of the Nile, and a multitude of other works, wrote, “This is the kind of book that wins Pulitzer prizes,” the highest compliment for any literary fiction novel.

Loree, admittedly, found it challenging at times to write 50 HOURS and early on confessed to Kevin James O’Neill, the screenplay writer the novel is based upon and a movie producer, that she wasn’t sure if she could handle the story or workload. However, for over a year and a half, through twice-daily chemo, plus a stem cell transplant, Loree could not get the characters out of her head and had the overwhelming desire to finish the novel. Wanting more than ever to show readers whose lives had been touched by this dreaded disease, cancer, that, “There’s always plenty of reason to hope and have something to be thankful for,” Loree forged ahead.

The realization that millions of others were facing the same prognosis as her self and her main character, Loree decided to put one foot in front of the other and keep moving forward. For her, it was cathartic, and she hoped it would be for her readers—not just cancer patients and their families—too. Loree has always believed she was fairly tough; living by the “Never let ’em see ya sweat” and “Never let ’em see ya cry” codes, and continued to think that way as she poured her heart and soul into her novel through her characters Aubrey, Franco, and Dusty.

Aubrey is living with the constant knowledge that her life is slowly ebbing to an end, but she’s determined to squeeze as much joy from every precious moment she has left. Still, she’s lonely, exhausted, and no matter how hard she tries to hide it, terrified! Meeting Franco gives Aubrey a thread of hope to grasp onto, as she realizes that her long-held dream of painting autumn, in of all places Savannah, has come true with his help. Franco, burdened by the belief that he’s partially responsible for the car wreck that killed his wife, turned him into a man who eked out his existence by merely putting one foot in front of the other because he doesn’t know what else to do. After meeting Aubrey, whose zest for life is infectious, his 50 hours of community service tick by, as he finds himself drawn to her strength.

Loree found herself putting words into Aubrey’s mouth, that she’d only ever said in the privacy of her own mind. Talking with her fellow patients proved she wasn’t alone: A lot of cancer patients keep things to themselves. They do it to spare their loved ones, already worried and afraid of an uncertain future, who aren’t entirely sure or know how to comfort their loved ones. Through Aubrey, Loree was able to tell them that she expected nothing, quite literally, except to be with them (her family and friends). It isn’t easy watching someone you care about suffering the side effects of drugs and treatments. Loree, through Aubrey, showed friends and family that she appreciated their steadfastness. Aubrey’s relationship with Franco and her mother helped her make that point.

Her research and interviews proved there are far too many “loved ones” like Aubrey’s ex-husband; Michael who put on a good show of being the dutiful spouse…until the condition, like Aubrey’s, deteriorated, taking the spotlight off him and putting it back on her. It’s an ugly fact, but a fact nonetheless: The occasional loved one will leave. Through Aubrey, Loree hoped to show cancer patients and family members alike that they can survive even that!

Once upon a time, best-selling author Loree Lough (literally) sang for her supper, performing before packed audiences throughout the U.S. Now and then, she blows the dust from her 6-string to croon a tune or two for her grandchildren but mostly, she just writes full time. Over the years, her stories have earned nearly 100 industry and “Readers’ Choice” awards, 7 movie options, and over eighty 4- and 5-star reviews. There are NEARLY seven million copies of Loree’s books in circulation, and by year-end of 2018, she’ll have 119 books (fiction and non-fiction for kids and adults) 72 short stories, 2,500+ articles in print. Loree shares her learned-the-hard-way lessons about the craft and the industry, and her comedic approach makes her a favorite (and frequent) guest of writers’ organizations, book clubs, private and government institutions, college and high school writing programs both here and abroad. A writer who believes in “giving back,” Loree dedicates a portion of her income to Soldiers’ Angels, Special Operations Warrior Foundation, and other worthwhile organizations. She splits her time between her home in the Baltimore suburbs and a cabin in the Allegheny Mountains, and shares both with her real-life hero Larry, who rarely complains, even when she adds yet another item to her vast collection of lighthouses, wind chimes, and “wolf stuff.”

Spreading the word about this book increases the opportunity for Kevin James O’Neill to take make it a feature film as intended. Royalties from 50 HOURS go toward Cancer Research. Specifically the Multiple Myeloma Research Foundation: https://www.themmrf.org/ 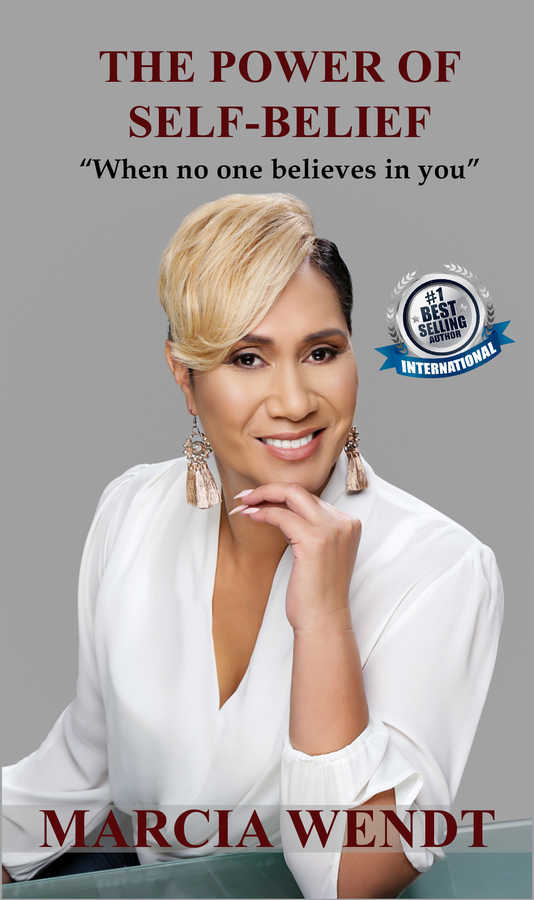 Marcia Wendt Releases Her New Book, “THE POWER OF SELF-BELIEF: “When No One Believes in You” 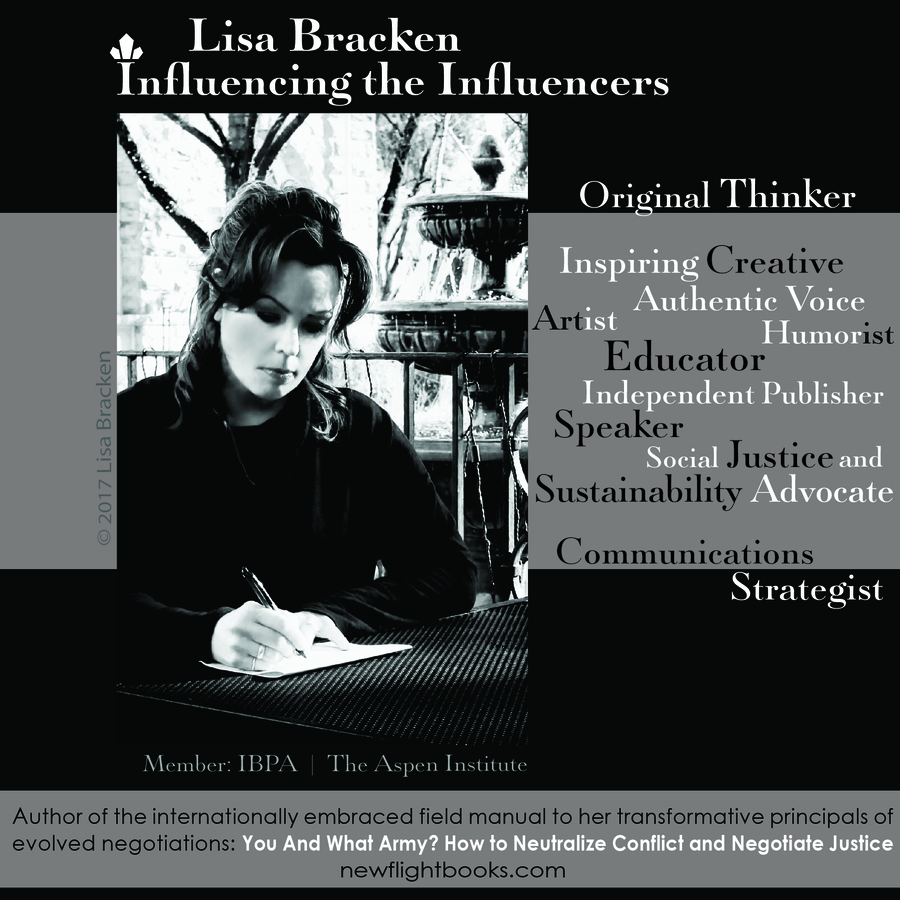 Who is Influencing the Influencers? Introducing – And Making Available for Free Digital Download – The Full Works of Internationally Known Independent Publisher and Author, Lisa Bracken