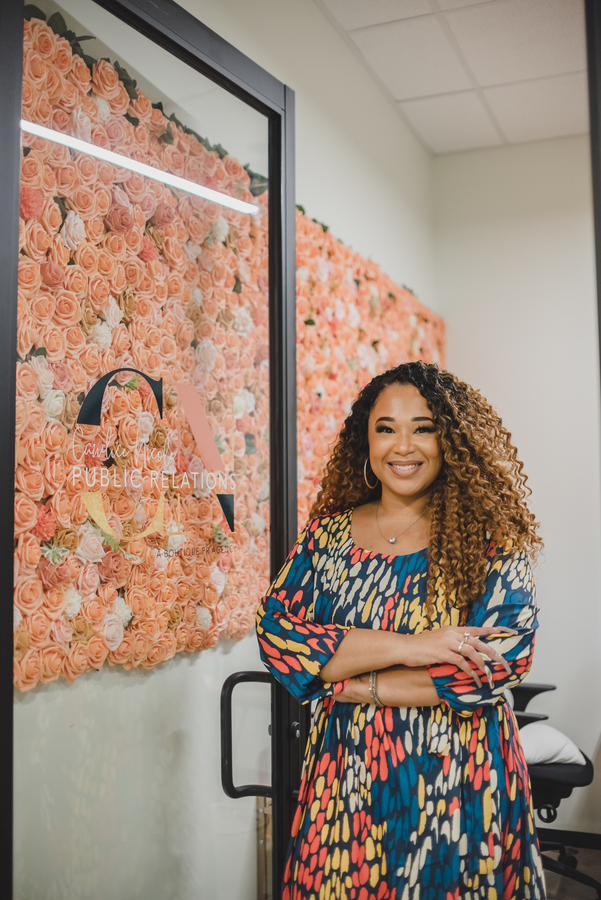 Over the years, CNPR has worked with some of the most prominent public figures in music and film, including Spike Lee, Tika Sumpter, Marsha Ambrosius, and Wyclef Jean. Additionally, the award-winning agency has represented renowned tech companies, conferences, festivals, personal brands, and businesses. CNPR’s first client, however, was a high school friend.

“It was June 20, 2007 in Washington, DC. I was attending an event at LOVE Nightclub with a friend of mine from high school. She was a singer,” says CNPR founder and CEO, Candice Nicole. “That night, I looked at her and said ‘Okay, you’re the singer and I am the publicist,’ and Candice Nicole PR was born.”

Fifteen years later, CNPR has secured media for clients in a plethora of national and local publications, from The Huffington Post, and SHEEN Magazine to ESSENCE, Women’s Health Mag, and Black Enterprise, to name a few. Clients have also appeared on The TODAY Show, BET, TV One, Good Morning America, Cheddar, and more.

Among the many milestones, CNPR has reached, one of CNPR’s most powerful moments occurred in 2010, in which CNPR was a part of the team who organized a benefit concert called “DMV Helps Haiti” at the historic 930 Club in DC. With Wale as the headliner, the concert raised more than $37,000 in just 72 hours.

With accomplishments come challenges, and the biggest one for CNPR has been showing their value in the PR industry as a Black woman-owned agency with a proud team of women from various backgrounds. However, hard work and hustle have been proven to outweigh all obstacles. Even with over a decade under their belts, CNPR is never afraid to do the work and do it with excellence – and they don’t plan on stopping any time soon.

“Celebrating 15 years has to be the most humbling experience. When CNPR was created, I had no idea how I would grow as a publicist, let alone a business owner,” says Candice Nicole. “To think that a client will pay you for your expertise and passion is a blessing. I look forward to another 15+ years with CNPR and to serving more clients in telling their stories – stories which in many cases would never be heard.”

In recognition of its 15th anniversary, CNPR is celebrating with a recap of some of its most fulfilling memories. Follow @candicenicolepr on Instagram to get a glimpse at the evolution of CNPR.

About CNPR
At CNPR, we use our award-winning expertise, industry knowledge, and hustle to create bespoke, inspiring and prominent digital and print campaigns to catapult today’s industry innovators into tomorrow’s household names. From the launch of innovative brands into new markets to product placement and influencer outreach, CNPR is an industry leader that specializes in communications with impact.

Mesothelioma Victims Center Has Endorsed Attorney Erik Karst of Karst von Oiste for a Coal or Hard Rock Miner with Mesothelioma Anywhere in the USA-Compensation May Exceed $1,000,000