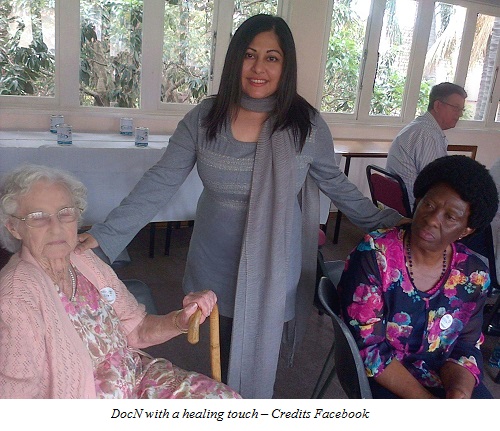 Rising star and playing in a different space of celebrities, author Dr Nirvadha Singh brings a fresh new taste of being popular by virtue of a good heart. Singh being a specialist and holding several esteemed positions in South Africa, has always been involved with much work for the community, says a close source.

From the age of five, Singh’s book, You: The Journey Begins, speaks of her growing a Christmas tree for thepoor impoverished children of the neighbourhood where she was born. At a mere seven years of age, Singh scripted her own theatre plays to raise funding for an orphanage. She then went on to be involved in several projects which involved empowering women and children for a better life. 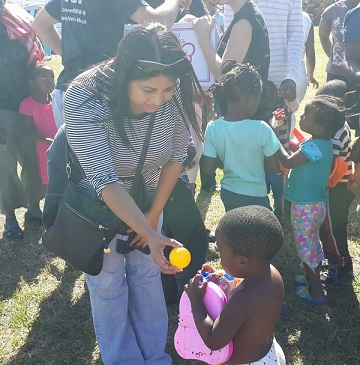 As an intern at a missionary hospital, McCord Hospital, Singh was loved by all says Sister Mhlongo, one of the retired matrons of the hospital. ‘She used to buy Easter eggs for all the children of the ward. One child’s mother even called her Doctor Diana, named after the great philanthropist Princess Diana, when she used to collect clothing for the poor patients and babies. Dr Singh was also the head of the interns and was a good leader and kind to everyone. She was never afraid to touch the elderly patients and carried the sick babies to comfort them when they cried.’

Using her medical education, she went on to publish her free online magazine to raise health awareness for the community with articles provided voluntarily by her doctor colleagues. In every organisation she sat as a board member, our source informs that Singh was always inclined in decision making to assist the poor disadvantaged communities. As Sister Mhlongo states, ‘The only doctor I know with a heart to heal the people.’

How To Look Youthful Every Day