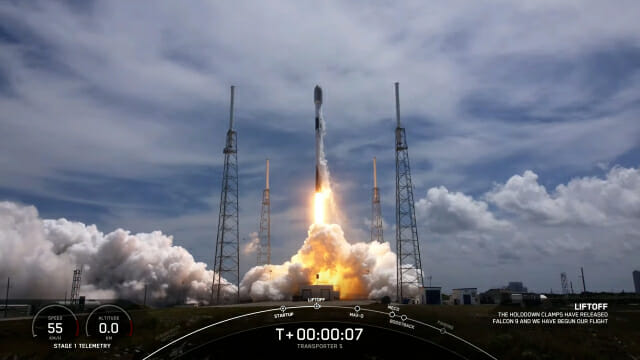 As Hancom Group has successfully launched the private satellite “Sejong-1,” it ushered in the new space era in South Korea.

LOS ANGELES, CA, July 07, 2022 /24-7PressRelease/ — Hancom Group announced on the 26th that it has successfully laid the foundation for the satellite image data business thanks to the successful launch of Sejong-1.

As new space, a private-led space development business, is in full swing, large-scale capital is being invested in discovering new energy and resources, and space travel.

Morgan Stanley has projected that the space industry market will reach $1.1 trillion (about 1,000 trillion) by 2040.

In South Korea, many companies, mainly defense companies, have announced their business plans amid global companies’ rushing to do business in the new space era and the successful launch of Nuri. The government has also proposed support measures to promote the space industry as a major task.

However, Hancom is the first company in South Korea to actually put it into practice and achieve tangible results.

Hancom Group plans to collect high-definition video data throughout space, aviation, and ground using its own satellites and autonomous drones, including Sejong-1. The collected video data will be introduced globally through an all-in-one platform that integrates management, analysis, and sales.

The video data service explains that it will first target the agricultural sector, which is currently in the highest demand. In addition to the domestic market, it targets Southeast Asia which is rich in agriculture. Also, the company plans to expand its market to architecture, defense, and education.

After the Grand Success of Galaxy and Melofair Hearing Aids – Pearl, they are launching Bluetooth Hearing Aids MF-LINK Soon