New York, NY, July 24, 2017 –(PR.com)– If it takes a “Village,” then Randy Jones is ready to rope in the masses for the summer of 2017. The renowned vocalist, film star, philanthropist, all-round nice guy – oh, and the beloved cowboy from American Music Award-winning The Village People – follows the release of his successful single “Hard Times” with no less than eight club remixes from Mark Saunders, Erik Kupper, Drew G, Tim Cox and more.

Randy Jones’ 2017 single “Hard Times” from Young Pals Music offers an empowering message that tough times may come and go, but with the will to win, you can always land “on the right line.”

Jones not only remains a fixture among New York City’s entertainment illuminati, but he is a gifted solo artist. Collaborating with songwriter/producers Ayhan Sahin and Bernadette O’Reilly, Jones brings his vocal machismo to the joyous uptempo fanfare, driven by the track’s flourish of acoustic guitars, pounding percussion and a chorus of angelic voices.

As a reminder, amid a four-decade career, Jones helped sell 100 million singles/albums and fostered a quarter billion views on YouTube, thanks to "Macho Man," "In the Navy," "Go West" and "YMCA." Add to that the cover of Rolling Stone Magazine and a star on Hollywood’s Walk of Fame, alongside a co-starring role in the 1980 musical comedy film “Can’t Stop the Music,” directed by Nancy Walker -and also starring (then) Bruce Jenner.

“It’s so good to be back in the game…oh, no wait, I never stopped playing the game,” Jones jokes. “Seriously, keeping my voice out there and persistently being able to perform is not only great fun, but it is a testament to those fans who have stayed strong with a cause that is so much greater than anything I could ever do. I’m proud to still be doing what I love to do…every damn week!”

Adds producer and co-songwriter Sahin, “Having Randy Jones coming full force for ‘Hard Times’ has been crazy fun. Then, adding these incredibly talented remixers to the project raises the bar all the more. I can’t wait to hear Randy across clubs all summer.”

Indeed, “Hard Times” arrives at the ideal time. The Village People are celebrating their 40th anniversary since “Macho Man” became the group’s first U.S. top 40 hit. That, of course, was followed by the beloved “Y.M.C.A.,” “In the Navy” and countless dance hits. Add to that the 40th anniversary of “Saturday Night Fever,” whose soundtrack ultimately sold 15 million copies. Disco resurgence, anyone? 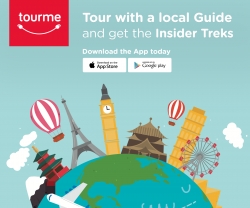 Turns Out Crackheads Can be Redeemed and This Man is Proof 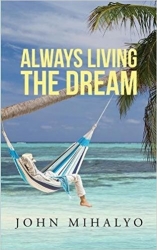